Airline's Challenge: To Transform or Die 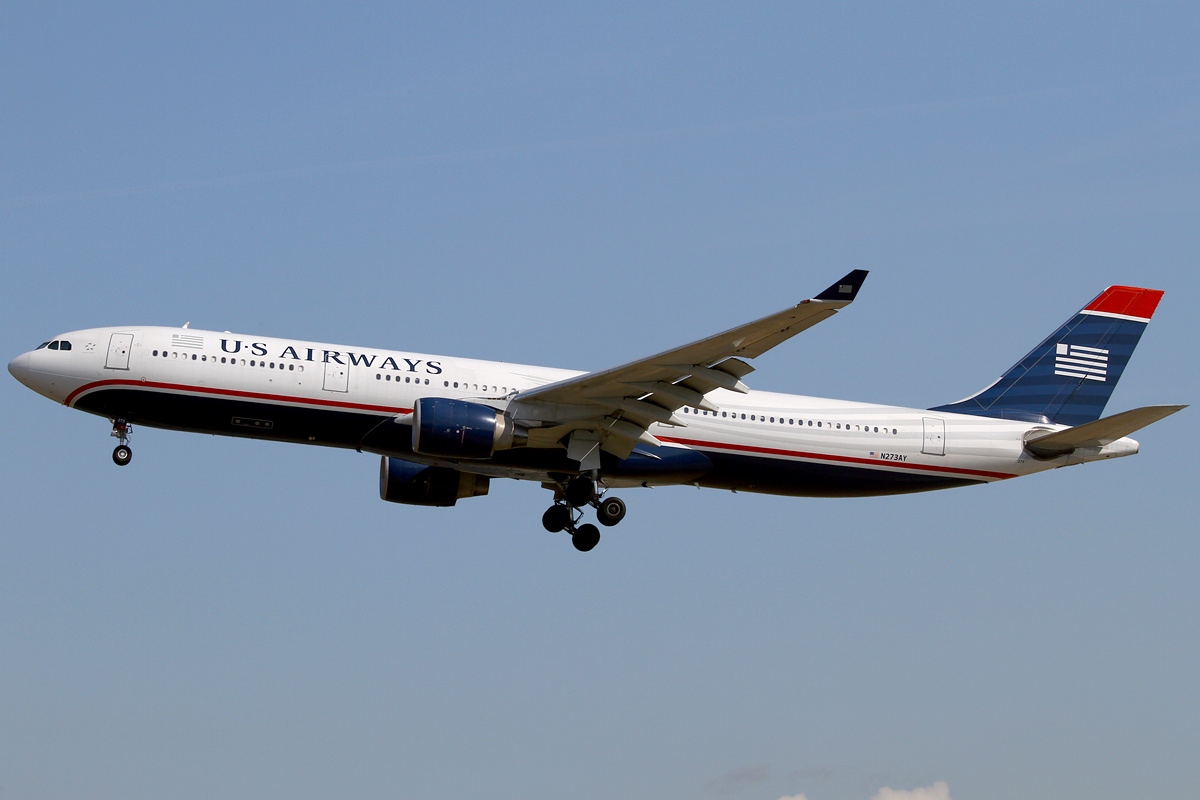 Seeking the shield of bankruptcy court Sunday, US Airways warned it must either remake itself as a low-fare carrier or cease to exist.

The airline that helped make Charlotte a business powerhouse filed for bankruptcy protection for the second time in two years, hoping to emerge as a profitable carrier -- charging lower prices and paying workers less.

But some industry analysts doubt the airline's ability to stay alive in a landscape of old-line carriers hobbled by strengthening upstarts. There's increasing speculation that at least some of the once-dominant carriers won't survive the industry upheaval.

US Airways' passengers shouldn't notice any immediate changes, the company said Sunday. Flights will continue as usual, and all tickets and frequent flier miles will be honored.

"It is our plan that Charlotte will play a big role in the restructured US Airways," Chief Executive Bruce Lakefield told the Observer by e-mail. "It has been a great hub and offers us a great base for operations, including our thriving Caribbean network.

"And we know that Charlotte wants low fares," he continued. "Being able to offer lower fares and make money is what this effort is all about."

US Airways and other large carriers have sunk deeper into red ink in the face of low-cost competition, substantial labor and pension costs, an economic downturn following the 9-11 attacks and soaring fuel prices.

The airline's attempts to avert a bankruptcy filing failed over the past few weeks when it was unable to wring major concessions from employee unions who said they had already been squeezed enough.

The airline will be in federal court this morning, seeking routine approval to make payments that will keep it flying through at least Oct. 15. It will later seek to extend that through the end of December.

The company warned that its existing stock value, which closed Friday at $1.46 a share, could be wiped out by the bankruptcy.

"US Airways today is fighting for its business life," the company said in its electronic filing to the U.S. Bankruptcy Court for the Eastern District of Virginia.

The action by the Arlington, Va.-based carrier is designed to protect the airline from its creditors -- which include the U.S. government, Charlotte-based Bank of America Corp. and Charlotte/Douglas International Airport -- while giving it a large hammer to wield in negotiations with unions.

US Airways wants to reduce costs, largely through labor cuts, while simplifying fares, phasing out its Pittsburgh hub and concentrating on fare-rich flights between major East Coast cities and to Europe and the Caribbean.

The bankruptcy filing, while expected for weeks, made Charlotteans with upcoming reservations and large reserves of frequent flier miles even more nervous about the company's future. Many livelihoods in Charlotte depend on the airline, which employees 5,700 people locally.

The city has had a love-hate relationship with US Airways since its takeover of homegrown Piedmont Airlines in 1989. The merger led Charlotte to become the airline's busiest hub, with more nonstop national and international flights than most medium-sized cities. It helped transform the city into a business powerhouse and the nation's No. 2 banking center.

"What they brought to Charlotte has been wonderful," said retired Charlottean Tom Carpenter, 73, whose insurance business a decade ago took him to 44 U.S. cities. US Airways flew direct to 41 of them.

But the airline has consistently stuck Charlotte fliers with some of the highest fares in the country.

"Yay!" UNC Charlotte graduate student Kate Medicus, 26, said to news of the filing. She flies to visit family about half a dozen times and year -- and drives to Raleigh or Greensboro for cheaper fares about half those times.

"Maybe we'll get some low-cost carriers here in Charlotte," Medicus said Sunday. "I would really love to be able to fly out of Charlotte instead."

US Airways' first trip to bankruptcy court, from August 2002 to March 2003, helped the company cut expenses by $1.9 billion annually -- including about $1.2 billion in labor costs. But it wasn't enough.

The airline blames the failure of its post-bankruptcy plan on higher-than-expected fuel costs and, in particular, on the growing impact low-cost carriers have had on ticket prices and revenue.

"Transform or fail," the airline's filing says. "It is that simple."

Can this airline be saved?

US Airways became the first major carrier since the 9-11 attacks to seek bankruptcy protection when it filed for Chapter 11 in the same court 25 months ago -- the surest signal of decline in the so-called "legacy airlines" that once ruled the industry.

This time, US Airways has company. The nation's seventh-largest carrier joins United Airlines, which is still seeking financing for its turnaround, and Delta Air Lines, which last week warned of bankruptcy as it announced up to 7,000 job cuts.

Continental is the only major carrier to survive two bankruptcy filings and remain flying today.

US Airways' future will depend on its ability to implement its "transformation plan." The carrier said its first reorganization failed because fuel costs are expected to be $300 million higher than it envisioned for this year, while revenues will be about $450 million lower.

The widely expected second bankruptcy was triggered by a series of financial deadlines this month. But the airline's biggest challenge was wresting concessions from its unions, which for months resisted company offers.

On Sept. 30, the airline is due to meet covenants associated with $700 million-plus in federal loan guarantees from the Air Transportation Stabilization Board, created after the 9-11 attacks to aid the troubled airline industry.

US Airways is the first carrier to receive a guarantee that has since declared bankruptcy.

Airline experts were divided Sunday on whether US Airways will emerge from bankruptcy court as a successful carrier.

Analyst Vivian Lee of Alliance Capital said the airline will fail because courts do not have the ability to make airlines profitable. US Airways failed to cut costs sufficiently in its first bankruptcy, she noted, because it didn't anticipate changes in the industry.

"There will be something else we didn't think of this time," she said.

But Evergreen, Colo.-based aviation consultant Mike Boyd said the airline can succeed if it makes the changes it needs to while under the court's protection.

"They can get labor costs down," he said. "But they also need to have a clear plan to compete with Southwest in Philadelphia, to get people flying on them again, and to get revenue back up. And they probably have about 60 to 90 days to figure that out."

"I tell you that we take no pleasure in asking our employees for more sacrifices than they have already made," CEO Lakefield said in a letter to US Airways employees. "But we have come too far not to do what is necessary to see this plan through to success."

Lakefield said US Airways will continue its effort to secure cost cuts from labor. It was unclear whether the amount would increase beyond the $800 million in annual cuts that the airline sought before Sunday's filing.

For the moment, the airline will continue efforts to negotiate with the unions. "We are committed to reaching new labor agreements consensually," Lakefield said.

The effort to seek voluntary cuts has gone nowhere. Talks with the pilots, once expected to take the lead in providing the biggest chunk of the cuts, collapsed because of bitter union infighting.

"The reluctance of union negotiators to agree to concessions is understandable, but their refusal to acknowledge the realities of the airline industry is a mystery," said US Airways Chairman David Bronner. "There are thousands of jobs at stake, but if any of them are going to be saved, then all employees are going to have to make sacrifices, as difficult as that might be."

Unions for agents and flight attendants began negotiating cuts this summer, but didn't get anywhere. The International Association of Machinists, which represents mechanics and fleet service workers, wouldn't agree to discuss contract changes.

"Now they want to go into court and throw up their hands and say, 'Look, judge, we have done everything we can with these people and they won't meet us halfway,' " said Mike Flores, president of the Charlotte flight attendants' local.

"But in reality, it's the company that hasn't come across with anything substantive, other than to say, 'We will cut your pay and take your retirement.' "

Charlotte leaders think the city could survive the loss of US Airways, but they acknowledge it would hurt -- in the job losses, and in the city's ability to recruit and keep major companies.

"Our first concern is for the over 5,000 employees of the company here in Charlotte," Charlotte Mayor Pat McCrory said. "The second concern is our transportation system, which our economy is so dependent upon."

McCrory said he's been facing questions about US Airways' future since taking office in 1995. Sunday evening, he flew home from a weekend in Charleston -- on a US Airways flight.

City leaders say they've been trying to make Charlotte/Douglas International Airport attractive to other carriers by keeping landing fees and other costs low, building a fourth runway and adding gates for regional jets.

"The Charlotte market is strong," Charlotte Chamber President Carroll Gray said. "Every airline that there is knows about Charlotte."

Charlotte flight attendant Mark McCarter, who has worked for the airline for 15 years, said employees have been preparing for the worst. Like many employees, he says he can't afford to take any more pay cuts.

If US Airways stops flying, he warns, employees could lose their homes.

"I think the Charlotte community depends on US Airways' survival."