Dino Gender? Look Inside Legs, Not Between 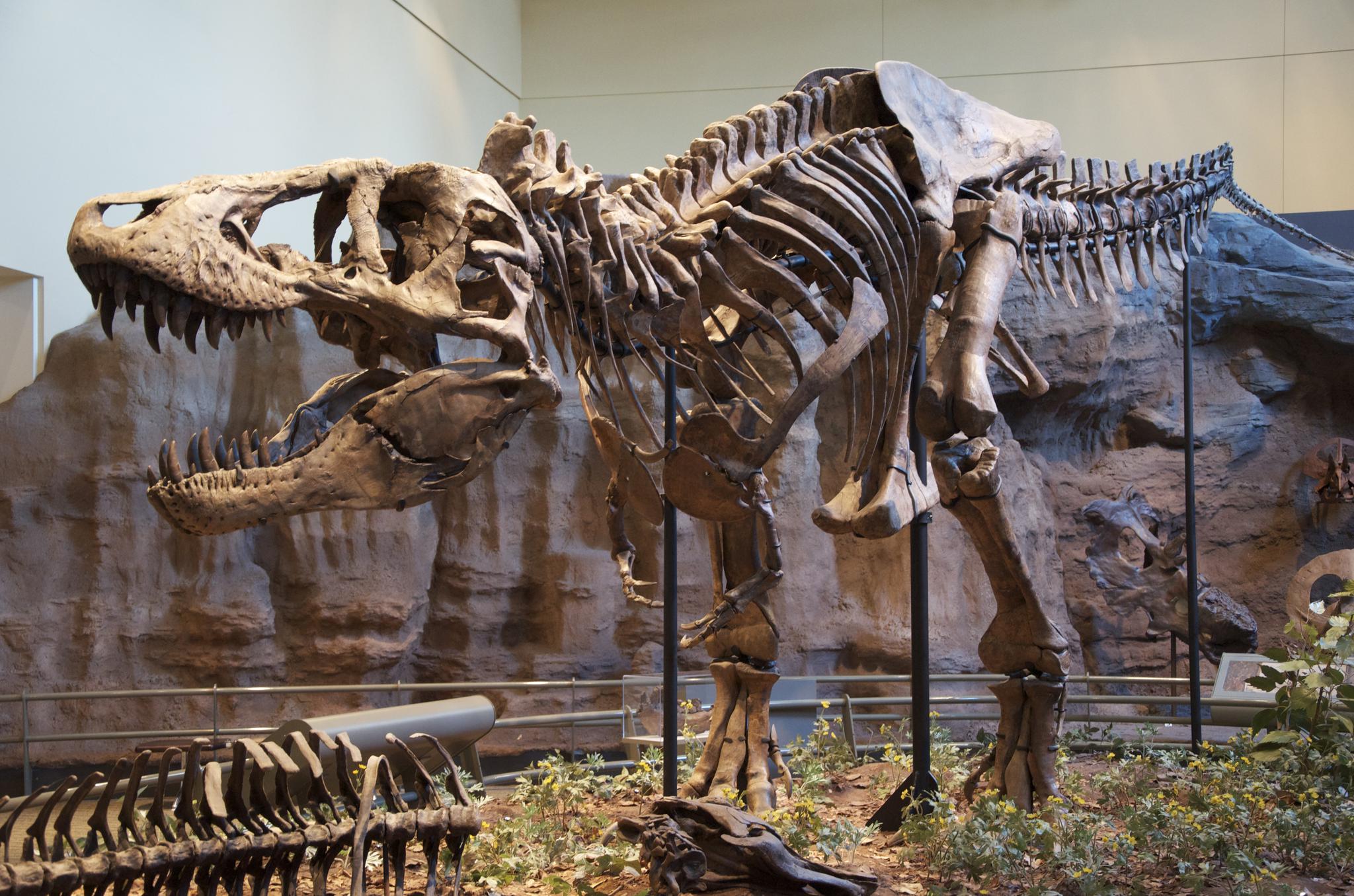 How can you tell if a mighty T. rex is a boy or a girl?

You certainly can't just lift up its tail and check underneath.

But N.C. State scientists believe they can now prove that a Tyrannosaurus whose fossilized skeleton was dug up two years ago in Montana was a female.

She also had a lot in common with the modern-day ostrich, providing even more evidence that giant dinos evolved into today's hawks and sparrows.

Until now, scientists could only guess at a dinosaur's sex. Dusty old bones didn't tell them much about gender.

They had speculated about whether things like skull size or ridge structure could help tell males and females apart, but it was all really guesswork.

Recently, though, paleontologist Mary Schweitzer -- an N.C. State professor who studied under the legendary fossil hunter Jack Horner -- made an important discovery.

In a paper published today by the journal Science, Schweitzer reveals that she found something surprising by looking inside the broken leg of a specimen known as "B-rex," dug up by Horner's team in Montana.

It was medullary bone, a kind of material that builds up inside the hollow leg bones of modern birds when they're producing eggs. The special tissue provides the calcium needed to make eggshells.

Only birds -- not crocodiles or any other animal that lays eggs -- produce that type of tissue, Schweitzer said.

B-rex, in other words, was a lot more like the world's fiercest chicken than any of today's cold-blooded reptiles.

This is the second big find that Schweitzer has made working with B-rex. While dissolving fossilized calcium in B-rex's bone fragments, she found some sort of gristly substance left behind.

It turned out to be dinosaur tissue, she announced in an earlier paper published this March in Science -- the first ever discovered. Under a microscope, it looked like blood vessels from a modern ostrich.

Her discovery promised to revolutionize the way dinosaurs are studied. Before, researchers only had fossilized bones. Now, they know they can look inside those bones and possibly find the building blocks of life.

It's all very Jurassic Park.

Horner-- the model for the prickly paleontologist in the Jurassic Park movies -- is Schweitzer's mentor, but her work is starting to garner as much attention as his.

She planned to go to medical school and worked as a substitute teacher before discovering paleontology in her 30s, so she sees dinos differently than some of her peers.

"I don't look at dinosaur bones as just a pile of rocks," she said. "We're looking at what the bones are made of. We're starting to understand these animals as living, breathing creatures."

Determining gender is a big part of that. Knowing which dinosaurs are male and female will help scientists learn about their family and herd (or flock) structures.

Schweitzer's work is turning out to be a boon for N.C. State and the N.C. Museum of Natural Sciences, as well. They hired her two years ago when she had trouble finding money for her research in Montana, setting her up with the lab she needed.

Now they'll get to display the cast of the thigh bone she used in her research, said Betsy Bennett, the museum's director. And, they hope, there will be more big discoveries.

Schweitzer is already working on another paper based on her B-rex research, which may be published this fall. "There's definitely more to come," Schweitzer said. "It's turning out to be one spectacular specimen."