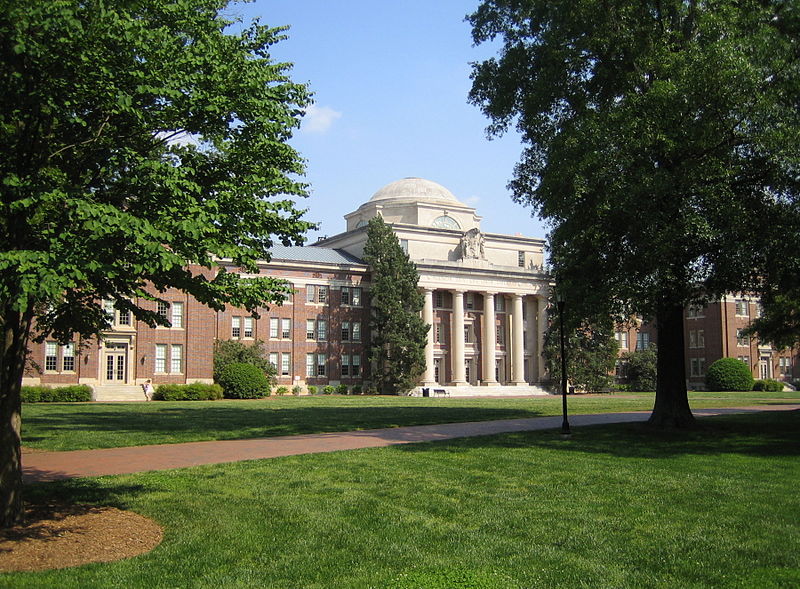 John Belk's name is all over Davidson College. But the former Charlotte mayor has removed himself from the college's board of trustees in a dispute over whether non-Christians should be allowed to help govern the school.

Belk, who has given more money to the college than any other individual donor, confirmed Monday that he resigned from Davidson's governing board following a recent vote that changed the school's bylaws. He was joined by another prominent graduate and donor, businessman Stephen Smith of Dallas.

They both voted against the February decision to allow non-Christians to serve as trustees of the college for the first time in its nearly 170-year history. Presbyterians founded the prestigious liberal arts school north of Charlotte in 1837.

The change has created an uproar among some segments of the school's alumni; several met with Smith and Belk in Charlotte last week, and similar gatherings have taken place throughout the Southeast.

Belk, 85, the retired head of his family's department store chain, is a long-time fixture at Davidson basketball games. The arena and the college's major scholarship program are named after him. He has served on the board off and on since the 1940s.

"When you lose John Belk, it's the equivalent of James B. Duke walking away from Duke University, or John Morehead walking away from the University of North Carolina," said the Rev. William Wood, a Davidson graduate and pastor of First Presbyterian Church in Charlotte.

Belk said he'll continue to support the scholarship program that bears his name. He pledged $28 million to it in 2000, and just last week he hosted the Belk Scholars at his company's headquarters. But he'll no longer contribute money to support other school endeavors, he told the Observer Monday.

Belk said the trustees have voted down similar proposals twice in the past. Since then, he believes, the board has been intentionally stacked with members who would support it.

"I think Davidson ought to be a Christian school," Belk said. He has no problem with non-Christians attending the college or teaching there, but believes it should continue to be governed exclusively by Christians.

"I think that is one reason why Davidson is special, a little different from anyone else," he said.

Trustees and graduates on both sides of the debate said they fear a loss of support from some of the school's biggest backers.

"There are a lot of people upset about it," said former N.C. Gov. Jim Martin, a trustee who voted against the change but plans to remain on the board. "I felt it would harm Davidson College and its relationship to alumni, and that has happened."

Smith, the other trustee who resigned, is the managing director at Bear Stearns, an investment firm in Dallas. A running back at Davidson in the 1960s (he remains second on the school's all-time rushing list), Smith gave $2 million in 2003 to support the college's football program.

The athletic field at Richardson Stadium is named for him.

The resignations are a sign of how deeply the change in the school's bylaws has split its alumni -- especially those who attended Davidson when its connection to the Presbyterian church was more deeply ingrained.

Trustees voted in February to drop the requirement from their bylaws that all board members must be "active members of a Christian church." It passed 31-5.

Small groups of graduates who oppose the change have met since then to discuss it, several prominent alumni told the Observer. Those meetings have been held mainly in Southeastern cities where Davidson has a large alumni base, including Charlotte, Wilmington and Richmond, Va.

Smith came to Charlotte for one of those meetings this week. Other Davidson graduates opposed to the decision include retired Wachovia chief executive Ed Crutchfield -- former chairman of the Davidson board -- and Wood, who heads a 2,000-plus-member church in uptown Charlotte.

Trustee Ted Baker, a Florida businessman, voted against the change because he feared it would hurt donations. Baker is chairman of a $250 million campaign for Davidson that kicked off in 2000.

"Any change -- I don't care what it is -- is going to upset some people," Baker said. So far, though, he doesn't think fundraising has been badly hurt. "If it has," he said, "I haven't noticed."

Davidson President Bobby Vagt said some graduates have decided not to give to the annual fund this year, indicating that it's because they're disappointed with the board's decision.

But others have said they believe the change is overdue, and plan to reflect their approval in what they contribute. "I think it's gone both ways," Vagt said.

Davidson's religious ties have evolved over the years, from the time a century ago when every professor had to be an elder in the Presbyterian Church.

The requirement that trustees be active church members was added to the bylaws in the mid-1960s, around the time that the school decided to allow non-Christian faculty members. Before that, it had always just been understood that board members would be Christians.

The alumni association board has wanted the requirement dropped for a while, and asked the trustees to reconsider it again last year. A majority of professors and the school's 1,600 students also supported the change.

For most of Davidson's peers, religious requirements for trustees or faculty are a thing of the past, said Jon Fuller, a senior fellow at the National Association of Independent Colleges and Universities. Fuller taught political science at Davidson in the 1960s.

"For a college that's in the U.S. News & World Report's top 50 list, it was unusual for Davidson to have that requirement," Fuller told the Observer in February.

"If you're a national institution, trying to play on a national scale, you don't want to have anything on your books that would signal to anyone that they're a second-class citizen," he said.

Wake Forest University is a nearby example of a school that gradually shed its connections to a specific denomination -- in its case, the Southern Baptists. But many small colleges founded as religious institutions have kept close ties to their church heritage, Fuller said.

"It's a matter of how the college wants to identify itself."

That identity is exactly what worries some Davidson alumni, who believe the school is losing what made their experience of attending the school special.

"I don't think it's the right thing to do for Davidson if it's going to continue calling itself a Christian school," Smith told the Observer. The religious ties at Davidson when he attended in the 1960s gave him a strong grounding in faith that has served him well in life, he said.

He was disturbed, too, by the way the change was made. Smith said administrators and the alumni association sought feedback from graduates, but didn't give trustees a chance to see their correspondence before voting.

One binder with about 125 letters was brought to the February meeting at the Ballantyne resort, Smith said. He believes if other trustees had time to read them before voting, more might have been persuaded -- especially by the letters from Presbyterian clergy who opposed the change on grounds of faith.

"I took it as a process that wasn't worthy of the way Davidson should have handled it," Smith said. "So I resigned.

"It was a sad day for me. I loved that school."

Vagt said some of the correspondence was e-mailed to board members before the meeting, including arguments from ministers on both sides.

"The theological arguments were fully laid out in advance," he said. "We felt it was a fair and open process."

Vagt regrets that two people who've been so important to the college felt the need to resign over the vote. But, he said, "I, and the overwhelming majority of the board, continue to believe it was the right thing to do."

The new bylaws don't remove religious requirements entirely. They say at least 80 percent of the 45 voting trustees still must be Christian, as an attempt to strike a balance between embracing diverse leadership and respecting the school's heritage.

A 10-member ad hoc committee was appointed last year to study the change. It included two ministers -- John Rogers of Covenant Presbyterian Church in Charlotte and Arthur Ross of White Memorial Presbyterian in Raleigh -- who said opening the board to non-Christian members was in step with the teachings of their denomination.

At the same time, though, the trustees sought to reaffirm their commitment to the school's founding principles. They revised the "statement of purpose," which promotes the school's values, and added a requirement that trustees pledge to support the statement.

Rogers said he believes those actions, taken as a whole, will strengthen the school's commitment to Christianity, while at the same time welcoming people of other faiths to serve.

But he acknowledges that others can feel just as strongly the other way, and he hopes the debate doesn't lead to a loss of support for the school.

"I'm concerned that it might," Rogers said. "But had we not made that change, that might have hurt, as well. People of good faith who love Davidson can be on either side of this issue."